I have a sore throat

What is a sore throat?

Everyone has a sore throat sometimes. A sore throat can simply feel unpleasant. But you may also feel sharp, severe pain. In that case, swallowing or talking can be difficult. A sore throat is often caused by a cold.

If you have a throat infection, the back of your throat is usually very red. Sometimes white patches or thick mucus are visible.

The glands in your neck can be swollen and sore. You can also have a fever. 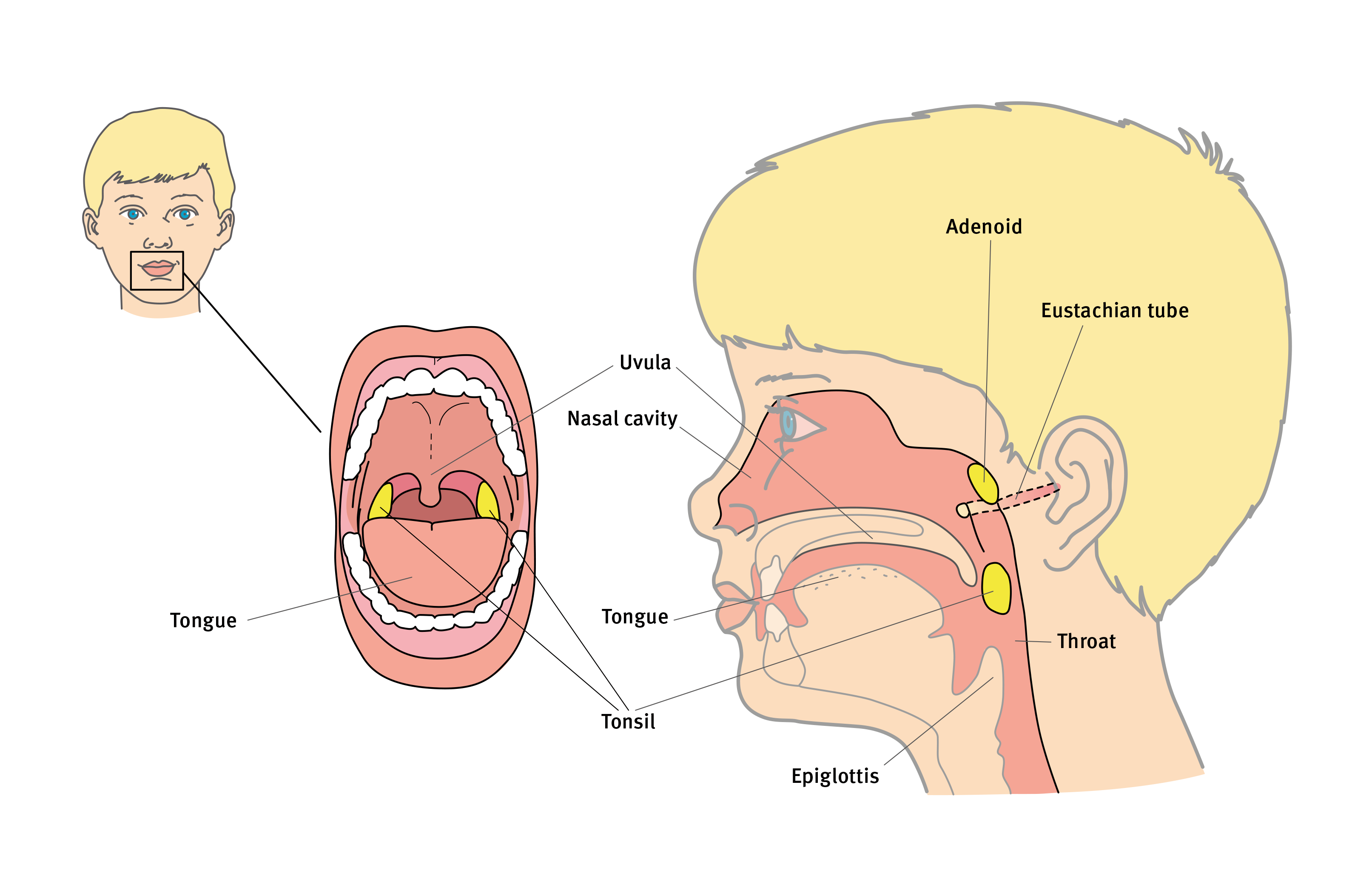 What causes a sore throat?

A sore throat caused by a virus or bacteria is contagious. When you cough or talk, droplets of saliva (containing the virus) find their way to other people through the air.

Of 100 people who see their general practitioner  with a sore throat, about 2 have a sore throat due to glandular fever (mononucleosis) (in Dutch).

A sore throat from a sexually transmitted infection (STI) is even less common.

A sore throat can also have other causes, such as smoking, clearing your throat a lot, shouting a lot and breathing in dry air. This kind of sore throat is not contagious.

An enlarged thyroid gland can also cause a sore throat.

Should I be worried about it?

Is a sore throat something to worry about?

A sore throat is unpleasant, but is usually nothing to worry about. It usually gets better on its own within 10 days.

A sore throat can sometimes last longer if you constantly strain your throat by smoking, singing, shouting or talking a lot.

Sometimes a sore throat can be caused by coronavirus. See coronavirus (in Dutch).

What can you do about a sore throat yourself?

Medication for a sore throat (adults)

You can take paracetamol for the pain. Take the paracetamol at set times. If you have a lot of pain, you can take 2 x 500 mg tablets 4 times a day. If swallowing is very painful, ask for dissolvable tablets or liquid paracetamol. Read more at paracetamol (in Dutch).

If that amount of paracetamol does not help, you can try an NSAID (naproxen, ibuprofen or diclofenac). Attention: NSAIDs help against the pain, but they can have nasty side effects. They can cause severe stomach problems and influence the effect of other medications. Are you over 60 years old? Do you have gastrointestinal, cardiovascular or kidney problems? Are you taking medication? Or have you ever had an allergic reaction after taking an NSAID? Then check with your family doctor or pharmacy first before taking an NSAID. Read more at NSAIDs (in Dutch).

Antibiotics usually do not help against a sore throat, even if the sore throat is caused by bacteria.

Read more about use of medication in the Netherlands here.

When to see the doctor for a sore throat (adults)

Call your general practitioner  family doctor in the following situations:

The information about sore throat is based on the scientific guideline for family doctors, the NHG-Standard 'Acute sore throat' (Acute keelpijn) (in Dutch).

Did you find this information useful?

What are you looking for?

Your source for reliable information in English about health and healthcare in the Netherlands.

GPinfo.nl will become the English version of Thuisarts.nl, developed and maintained by the Dutch College of GPs.
We would very much appreciate your feedback, as we continue to develop and expand this first version.